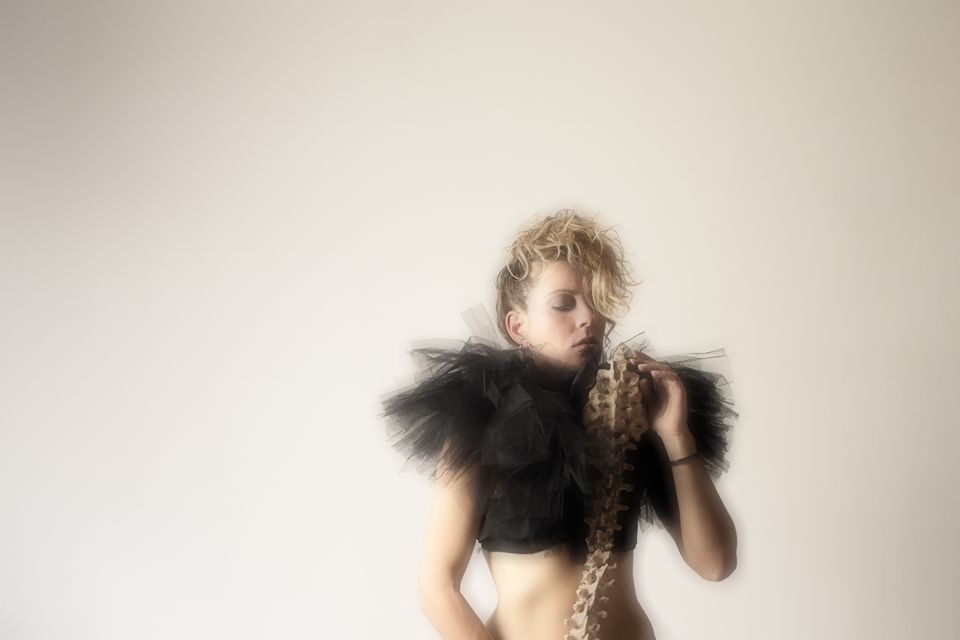 Aristocrazy in front of a symbol of death. The first traces of a concept start to emerge in this piece: decadence undercovered of a royal appearance. Susy and the Spine is a colour photography series of Vanessa Alami, in collaboration with Ddpendientes, produced in 2016 in Amsterdam. The photographer shows a very well balanced content composition between elegance and fantasy. The final touch of glow on the images leads the eye towards an innocent appearance, that contradicts itself with the metaphorical symbology of darkness.

Once more the contrast is served on the table. The aristocratic look mixed with more fresh and rebel touches, pretends to show the induced antithesis when playing with a human spine as a symbol of death and putrefaction.

The session took place in the studios of Volkshotel, thanks to the collaboration of the photographer and filmmaker Rob Gradisen. VisualSusana took care of the art and styling on set. The session went very smoothly. Every time the duo gets to their creative ecstasy point in a more direct and accurate way, and the sessions become faster and more pleasant, like we all like sometimes on a set.