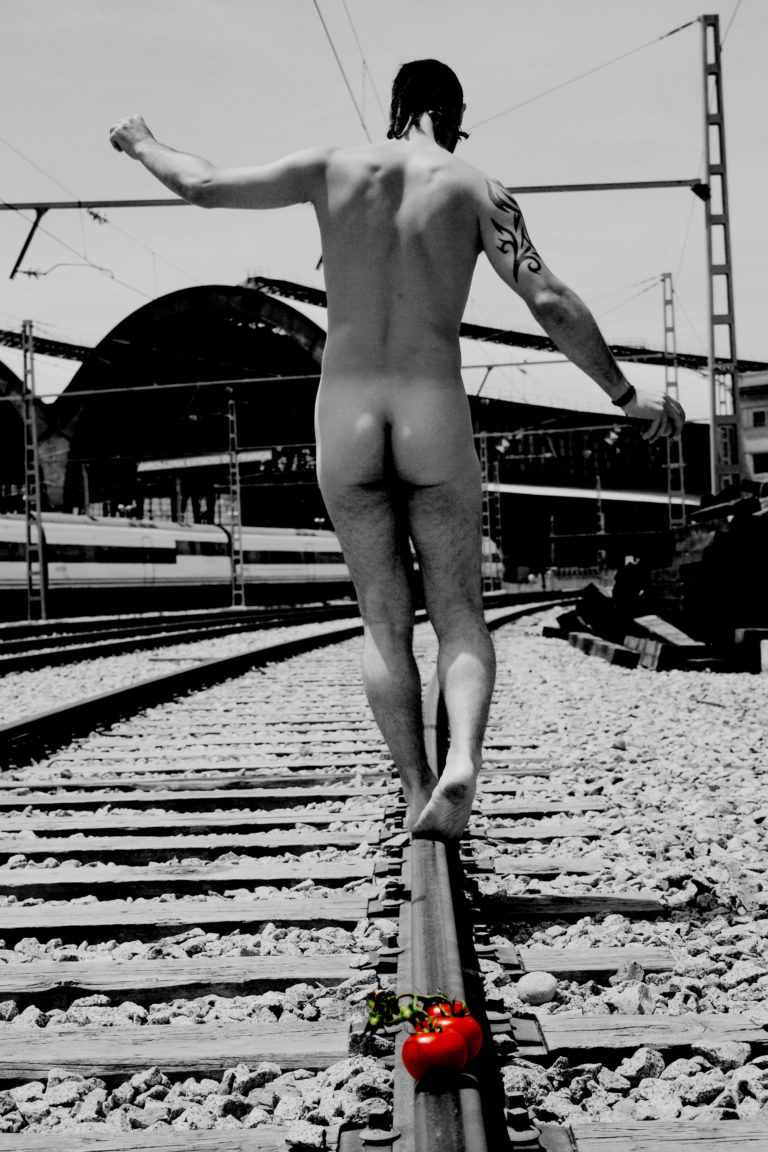 Born in the heart of the emblematic city of Barcelona, the artistic duo compromised of Vanessa Alami and VisualSusana decided to decorate the public and alternative spaces with their exhibitions and cultural events. Their activity started out based mainly in the creation of pieces that combined photography and poetry, as well as the creation of an exclusive reality for the taking of a shot.

Ddpendientes debut with Kiss me Corasón (Kiss Me my Heart), which consists of three analog photography series printed in colour. From their artistic career it is worth mentioning series Poesía al desnudo (2005), Maneras de vivir (2008) and Hay Tor-tor-Tortilla (2009).

Around their artistic creations, the collective would coordinate the organisation of several cultural events, including exhibition’s openings, counting always on all kinds of art format actuations, like the storyteller Jaime from PaloQSea, Poesía y Porto with the writer Alexandre Nunes, several performances, visual arts and music concerts. Orquesta Surprise, Ambays, Oskar el Guiri, Pixel in Fact and Boogie Man were some of the habitual names on the posters, among a large number of other characters from the underground scene. As well as exchange markets, between other creative activities. Spots like La Báscula, El Niu, El Follet, were key meeting points. After Barcelona, both moved to Ireland, where they went through a creative development period based on the still image. From there they crossed the puddle and entered cinema.

In 2013, taking the chance to have the full duo gathered in Buenos Aires for the feature production of Refuges, directed by Alejadro Cortés, several other series were created in collaboration with local artists, such us the fashion designer Helena Torres, the shoes designer Chicco Ruiz, and the monograph A mi Musa, directed by Viviana Gaviria. This last piece consists of the interpretation from Susana’s verses , by different artists (Amado Santos, Cristian Parra, Gabriela Grajales, etc) that capture their vision through their artistic expression during a photographic session, by hands of Vanessa Alami, with the assistance of Nacho Gracia. Every session inspires the writer for the next verse, and so on. The title, that concludes the series, brings the Ddp duo together again.

The passion for travelling causes the creation format of the collective to change its direction towards other new trends. Between them they work to promote simultaneous events between two different cities of the world, without bothering the time difference, with the possibility of interaction between the two audiences. To break with the distance barriers while being in an event allows you to assist to more events at the same time, in other parts of the planet.

This event format delighted in Hay-Tor-tor-Tortilla photography exhibition opening, celebrated in Amsterdam and Buenos Aires at the same time. In each venue was projected what happened at the other venue, and it was possible using headphones to listen to the audio of the other concerts and performances with the real sound. That means you could experience the other event as if you were there, and interact with the other audience by sending written messages, projected on the big screen via the streaming camera, that were answered generating communication between both audiences in real time. This creates the possibility of something impossible till now, to connect different cities and their people in a simultaneous and interactive event.

Vanessa Alami, and her cinema and audiovisual collective Pantalla Rota previously put on an event in this format in Ciudades Invisibles, coordinating the city of Buenos Aires with other cities around the globe at the same time.

This blog 23framespersecond.com has been created to publish the works of, and give information about the artistic and professional activity of the artists of Ddpendientes, and to keep an update of other artists they collaborate with, and their careers.

Link to Kiss me Corasón Album