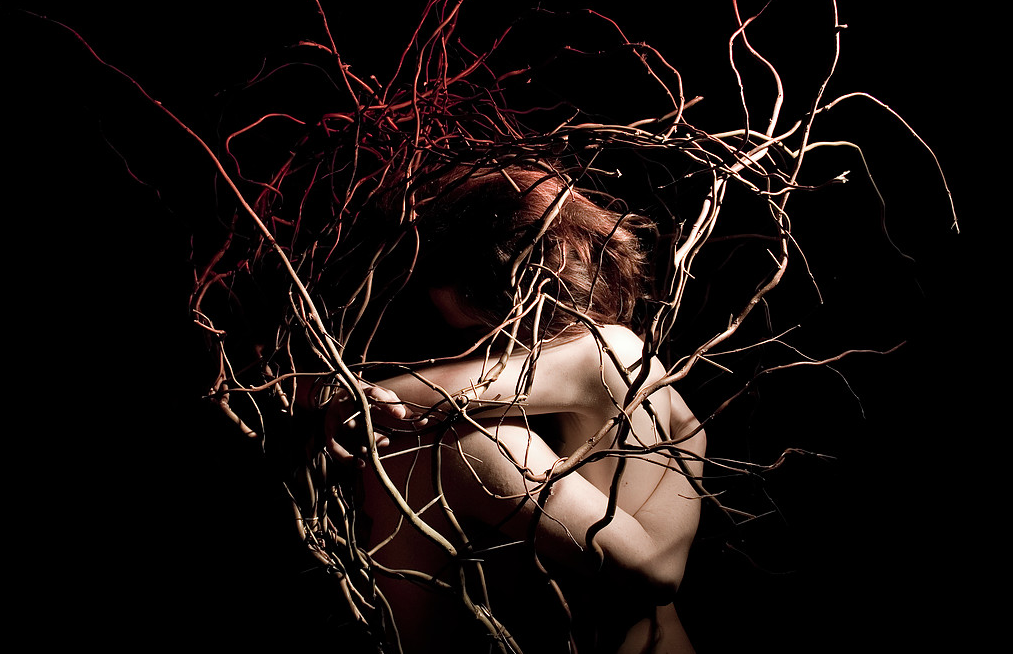 A mi Musa (to my Muse) is a monograph art project from the artist Viviana Gaviria, Buenos Aires, who based her work in the artistic trajectory of Ddpendientes. The project took a very dynamic shape where a poem was written at the end. The first line was launched by Susana and the first art director selected who would represent it in a photoshoot taken by Vanessa. That first images would inspire Susana to write the next verses, which would inspire the next art director, and so on till the poem was complete.

The poem becomes an organic central point where all artists meet, and a tissue of all inspirations that melt together thanks to the photography of Vanessa – with the assistance of Nacho Gracia on set. The interactivity of the project made the participants enjoy it as very challenging artistic input. The diversity of their styles and set dresses enriched the final look of the series.

In the first photography session Amado Santos took care of the art direction. In the second Mariana. During the third session the role was developed by Gabriela Grajales, the forth by Cristian Parra and the last session, which represented the title of the poem, was done by VisualSusana. This last session was a nice opportunity for once more having the talent of Ddp together on stage. Other artists where involved in the project, such as Alejandro Cortés, Aiano Bemfica, Laura Vaughan, Marcel Schoen, among others.

The exhibition took place in the city of Buenos Aires in 2013.